CHARLOTTETOWN, PEI — When Tom Lund heard about vandalism at the community garden at Orlebar Park in Charlottetown, he was disgusted.

Sometime in mid-August, an unknown person or group destroyed the plants in four community garden boxes at the park, ripping up roots and pouring bleach into the soil. The bleach bottle was left behind.

Lund and his colleague, Dan Stewart, are co-owners of the Burly Farmer, an urban agriculture business based in Charlottetown.

They helped plant some of the four planters at Orlebar in the spring when they hosted a container gardening workshop for kids.

While Lund first thought the damage was standard summer vandalism, the bleach changed his mind, he said.

“That’s not a drunken asshole. I was thinking, ‘Oh, punk teenagers,’ at first. But then I was like, ‘Who raided the … laundry room at mom and dad’s first? You know what I mean? Like, now college kids don’t have bleach. I was 30 years old before I bought my first bottle of bleach.” 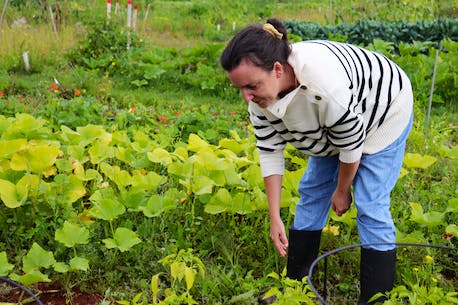 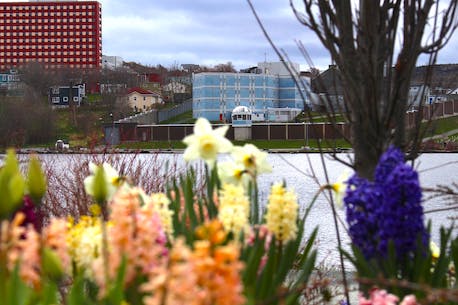 The Burly Farmer operates on about a quarter acre of land in Charlottetown, and its philosophy is all about high-density gardening in the limited green spaces of cities.

That involves educating the public about the food system and supporting community gardens, like the one at Orlebar Park and another at Victoria Park.

While some public gardens in PEI are intended for residents to book a personal plot for the summer, others, like that at Orlebar and Victoria, are planted for people to take as needed.

For Lund, that lost community benefit makes the vandalism hit even harder.

“People rely on that stuff down there. I know it’s not a lot of food, but there are people who need it. That’s the worst of it,” he said.

“People rely on that stuff down there. I know it’s not a lot of food, but there are people who need it. That’s the worst of it.”

“Everybody in that neighborhood benefits from it, and now nobody can.”

Following are some of the crops that grow fast enough to plant in late summer in PEI:

• Most herbs, such as basil, rosemary, chives or thyme

When asked about the fate of the soil in the containers, Stewart and Lund were very clear. It will all have to be thrown out and replaced, and the wooden planter boxes should probably be left empty in the sun over the winter to let the sun break down the bleach, they said.

On the other hand, if the city and community members want to supply soil now, The Burly Farmer would try to plant new seeds, Stewart said.

“If the bags of soil were bought and everything like that, we’d even be able to go replace it. It’s not even that much work. We’d just add it into our normal routine. We run around to a couple locations already.”

Looking at the bigger picture of food insecurity and why community gardening exists, Stewart suggested refilling the boxes is not enough. There should also be more room for residents to grow food in the park, he said.

“If you want to feed the community, you don’t build three raised beds like this. Look at the size of that park. You can have a garden, same idea as what we have.”

Logan MacLean is also a reporter with SaltWire Network