A new eight-year waste and recycling collection contract has been approved, in line with new state mandates, including the recycling of organic waste, approved by the city’s council on Tuesday, January 11th.

The agreement with the city’s garbage and recycling contractor, CR&R Environmental Services, will update Newport Beach’s residential waste and recycling program to comply with changes in state law that took effect on January 1.

The new program utilizes three separate carts: one for solid waste, one for mixed recyclable materials, and a third for the recycling of organic waste, which includes food and landscaping waste.

The new state law, Senate Bill 1383, requires all California residents and businesses to recycle organic waste, including food and green waste, in addition to the usual recyclable materials. The rules aim to reduce the amount of organic waste going to landfill by 75 per cent by 2025 as a strategy to tackle climate change and reduce the impact on landfill. As organic waste decomposes in landfills, it emits methane, a highly polluting greenhouse gas.

The initial increase in the city’s waste collection and recycling costs will be approximately $ 2.9 million per year under the new contract, which will be partially offset by an additional $ 1.3 million recycling fee approved in March 2021. The net increase in the city’s overall base will be about $ 1.5 million. One year. Under the new contract, residents ’bills will not increase as much of the recycling costs will be paid from the City General Fund.

As part of the new contract, CR&R will modernize its collection routes to increase efficiency, cost savings and safety, as well as reduce truck traffic and emissions. 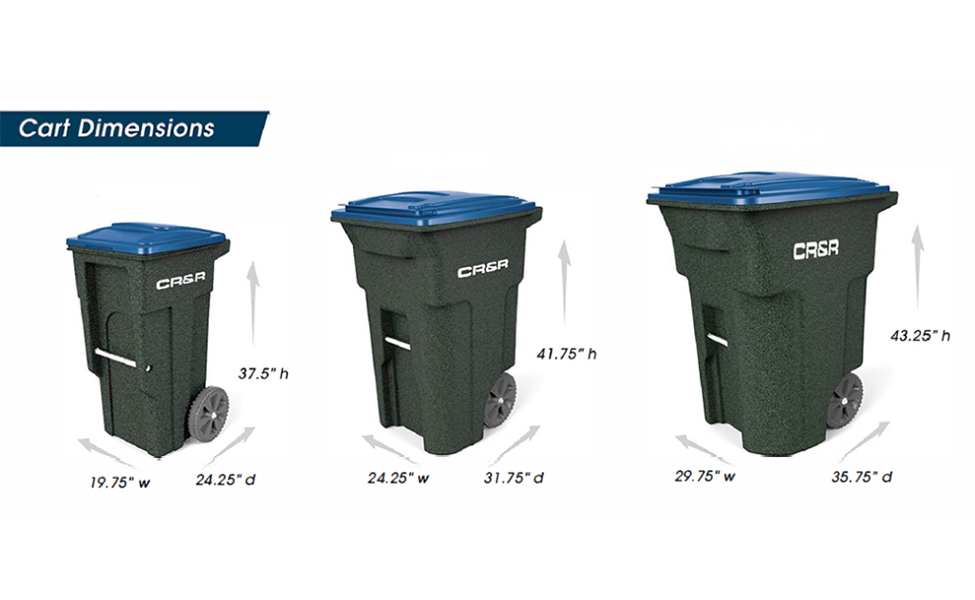 As a result, collection days will be changed in some 14,000 residences from February. Residents affected by the changes will be notified in advance by the City and CR&R. Collecting recycling falls on a day with garbage collection. Street sweeping days will also change as needed to accommodate changes in collection days.

Smaller cars are available on request for residents with limited space, such as small garages and promenades. Residents with disabilities can get free help every week to park their carts on the curb. The service is available to other residents at an additional cost. Residents are required to place all materials in the appropriate carts. Garbage should not be left in bags or in bulk on the street.

Residents can find more information, including a detailed list of the types of items that can be placed in each container and the available basket sizes, in the Trash & Recycling section of the city’s website at https://www.newportbeachca.gov/government/departments/. public-works / municipal-operations / trash-recycling, and a list of frequently asked questions: https://www.newportbeachca.gov/home/showpublisheddocument/70926/637770021974330000.