By Hannah Stephenson
With outdoor space at a premium, we are increasingly growing edibles in pots, ranging from tumbling tomatoes and cut-and-come-again lettuces, to peppers, herbs and even potatoes.

As allotment waiting lists continue to grow and more people live in city flats with limited outdoor access, the interest in container growing is rising.

But if your efforts to grow veg in pots have resulted in poor harvests or bland flavor and you don’t think it’s worth the time, think again, because with a little forethought, you can make your small space truly bountiful, says soil scientist and nutritional gardening expert Dr Nigel Bending.

“Container growing needs careful thought to be a success, considering what to grow, as well as how to grow it,” says Bending, creator of Ergrownomics (ergrownomics.co.uk), a compact growing system that increases the amount of vegetables and herbs you can produce in a small space. 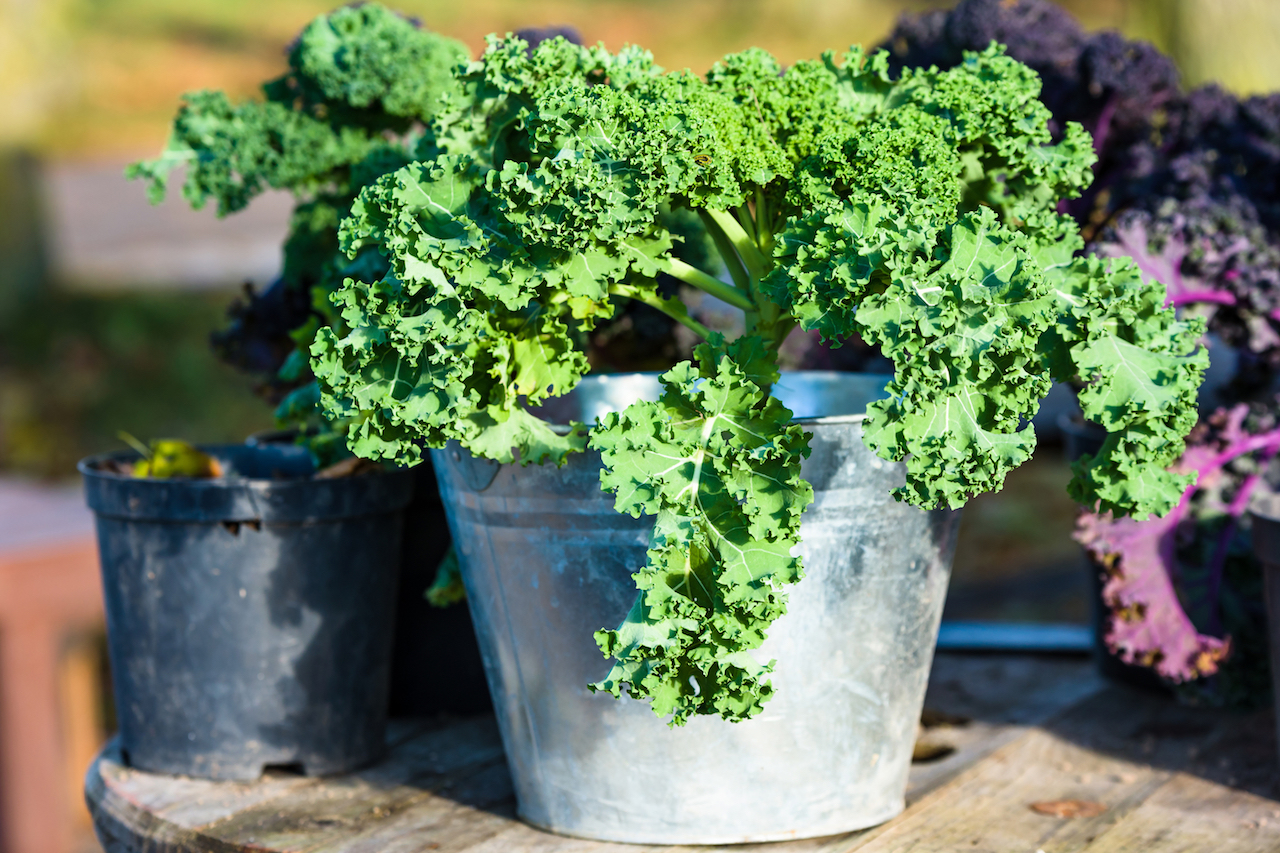 Here, experts outline some of the common mistakes people make when growing in containers – and how to resolve them…

1. Not making your planters deep enough
Soil planters should be a minimum depth of 250mm – and preferably 350mm – to allow the widest range of crops to be grown, including carrots and tomatoes, Bending recommends. Deeper soil will be cooler, which can assist in preventing leaf crops from bolting (running to seed) and root crops becoming pithy.

2. Letting them dry out
Container crops can be more vulnerable to drying out than those grown in the ground, especially if the pot is small and therefore there is less soil or compost to retain moisture. The RHS advises gardeners to ensure a regular water supply, avoiding floods and droughts.

3. Letting invasive herbs take over
If you are growing herbs in a container, make sure you sow invasive types – like mint – separately from the rest. As it should be grown alone in its own pot, or if you want to plant it with other herbs, confine it to its own container when you put it in a mixed arrangement. That way, the roots won’t overwhelm other less vigorous herbs, and it won’t take over. 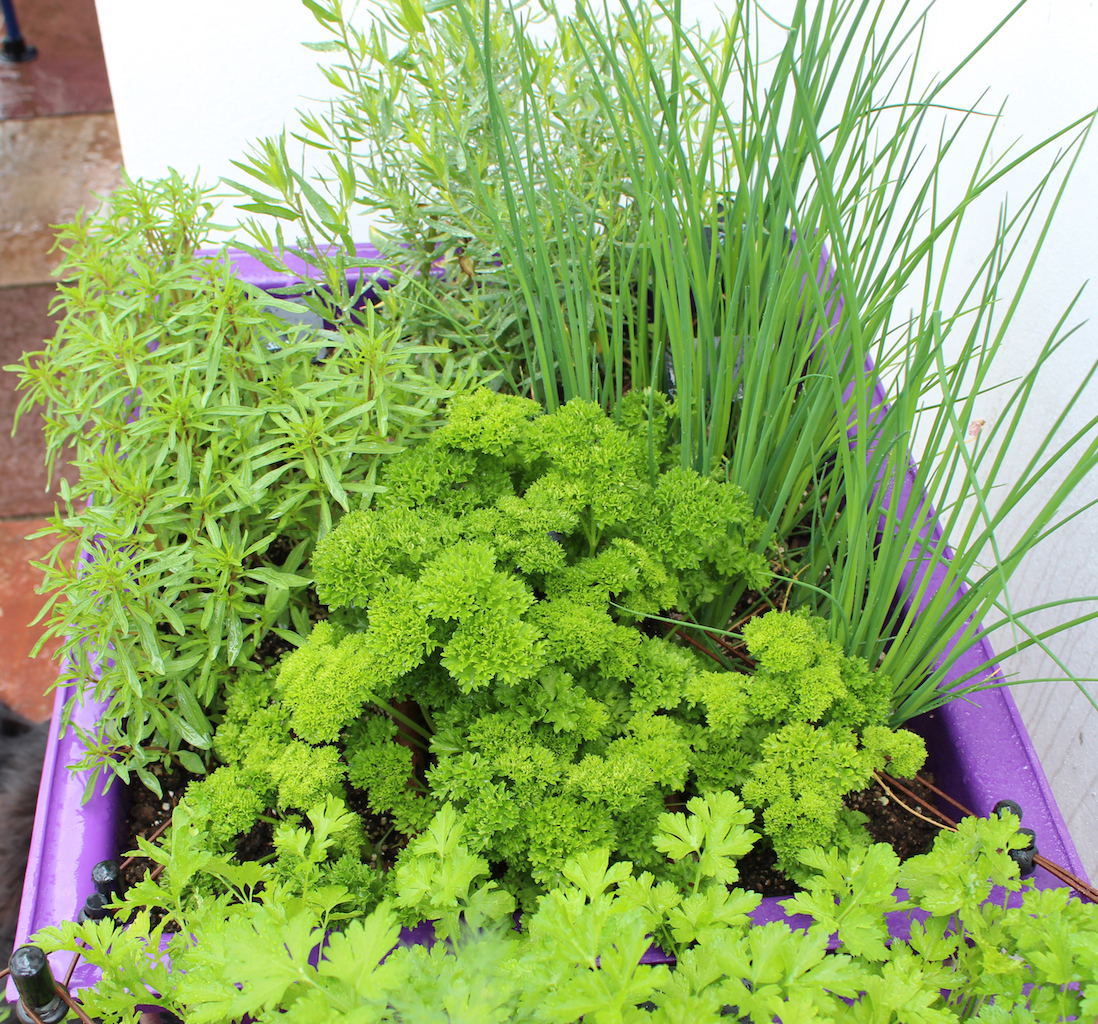 4. Not considering planting flowers with crops
Containers in which you are planting veg can also look really pretty if you mix them up with flowers, and it may give you a richer harvest. Sweetcorn plants, for instance, can be grown in a group in a large container, as they rely on the wind to pollinate them. But you could underplant them with nasturtiums, which make a spicy addition to salads, says TV and radio gardening expert Christine Walkden, in her book No-nonsense Container Gardening (Simon & Schuster).

From my own experience, if you plant climbing beans with sweet peas, you get not only a prettier display, but also a better harvest of beans, as pollinating insects will be attracted to the sweet pea flowers and, in turn, the bean flowers.

5. Poor spacing
If you space your brassicas too close together in your container, it may have a detrimental effect on your crop. Walkden advises gardeners to sow or buy patio or container brassicas, specially developed by plant breeders.
You may be better off growing just one beautiful dense cabbage head in a classic terracotta pot. Other brassicas to try include calabrese or green sprouting broccoli, which is fast growing and produces heads 80-90 days after sowing directly in a container, she suggests.

So, don’t follow lettuce with lettuce, as it simply won’t grow as well, but instead, plant something like dwarf beans or spring onions, if you want to save money during the growing season. But don’t reuse container compost for more than one season, because by then, it will be devoid of nutrients.
(PA)